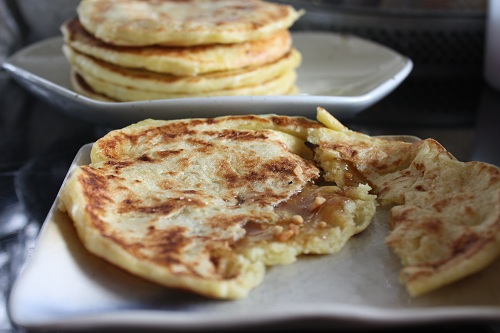 Hotteok is typical korean street food snack served during the cold winter months, it made from a chewy dough often filled with sugar, ground peanuts and toasted sesame seeds
I got to know these when we used to live in South Korea. We were out on a sunday walk and we passed a food truck, the air was filled with the aroma of sweet cinnamon. As a foodie I had to stop an see what this was.
It is said that hotteok originated from Chinese merchants who immigrated to Korea during the late 19th century. Unlike the Chinese pancakes, which usually are filled with savory meat fillings, hotteok are stuffed with sweet fillings, to suit Koreans’ tastes.

Combine all the ingredients in a bowl and mix and knead well. the dough is a little sticky, cover the bowl and let it rise for about 1-2 hours or double in size. 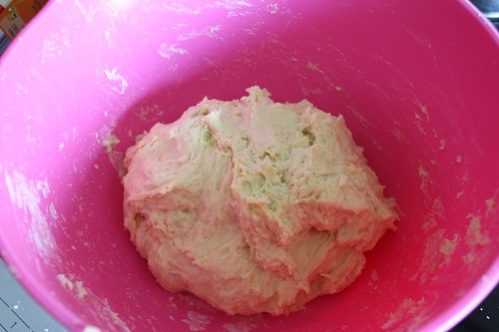 Divide the dough in 10 equal parts, flatten the dough and fill it with 1-2 tsp of the filling. 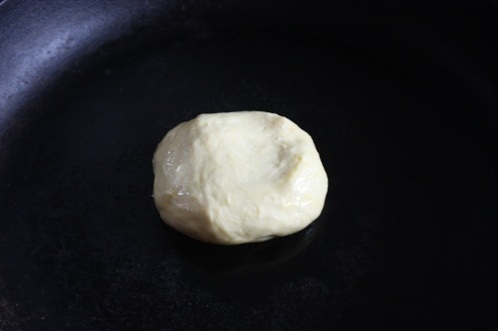 Roll the filled dhough in a little oil and fry them on a girdle or a in a pan. 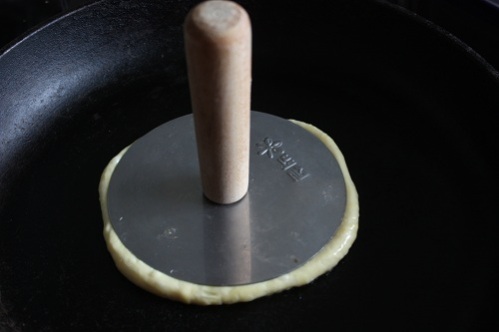 Flatten the dough while you are frying them to about 0,5 cm. 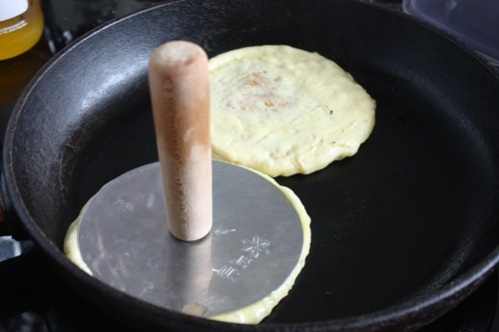 When the pancakes star to bubble and rise, turn and fry the other side.

The pancakes are best eaten warm, but be carefull the filling is very hot. 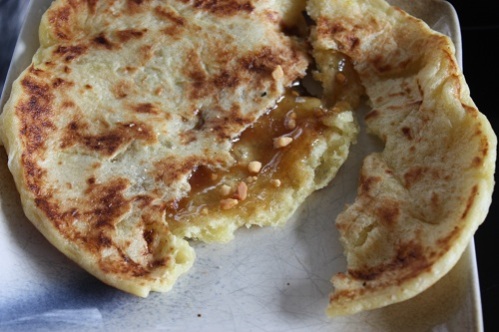