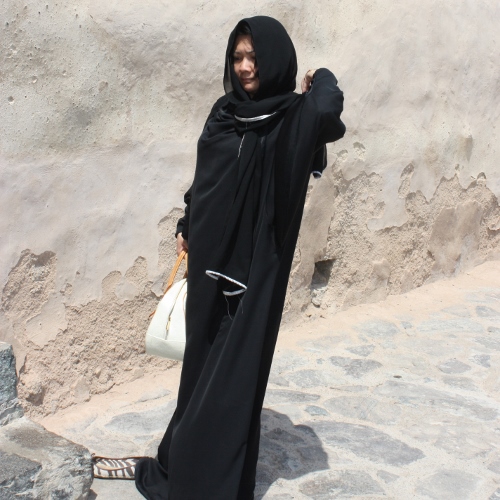 We took a little road trip around the area today a little break from our poolside lounging.

We hopped in the car and drove north an the first stop was the port of Khor Fakkan, where we found a small fish market. A foodie like me had to go inside and .

Even though the market was fairly small, there was quite a selection of seafood there, fish that you normally won’t see at the fish counter at the norwegian stores.

There were small sharks on display and something they call Hamour fish, which we often found on menus here. Hamour is a type of grouper and a very popular fish in Hong Kong I recall from my time there but there they called it Garupa. In the midst of the market hall, there was a sunken atrium, where shoppers could get their fish or other purchases gutted and cleaned. In the picture above some one is getting their prawns shelled and cleaned.

There was fruit and vegetable market, but not much exiting there. I got a Coca Cola light, the can designed by Jean Paul Gaultier. Did the beverage taste any better, nah and did not improve my style much either 😀

We hit the road again and drove past an odd structure, “Stop stop what is that?” and hubby had to turn around and drive back. It turned out to be an old mosque, Al Bidiyah from 1446. The mosque is unlike the typical mosques of the region, built with four vaults and a central pillar that is holding the structure up. Since we were there we had to go and look inside, but I was not properly dressed and could not enter without an abaya to see the holy place.

MiniMe had observed a man in a local attire (white robe and head dress) up by the watch towers and started running, she wanted to go and see Jesus man, not to be confused with Jesus because that is another person she has learned about in kindergarten. It is not always easy to explaine yourself when you are five.

Here is the view from the watch tower and the white robed guy was long gone by the time we got there. Phu, a god thing too, how would I explain a little girls enthusiasm to see a jesus man. Not to offend anyone but they have talked a little bit about religion in kindergarten the past few months about Christmas and Easter and Jesus is always portrayed in a white long garment

Out of the black get up and on the road again we drove past lots of road work and the roads are really nice compared to Norway and specially with all the oil being pumped in and filling up in our governments coffers.

Drove past this road sign “For family only”, strange, but someone suggested that it was ment to indicate that there was a beach area where family’s could enjoy themselves.

We drove past Wadis, dried up river beds where water has caused significant erosion due porous ground. We were tipped that it was really nice to go hiking in the wadis, but you had to watch out for flash floods, but I do not think there is any reason to worry in the dry season.

The little ones got really tired from driving around and dosed off in the back seat, but mummy had to stop one more place and it was the fruit and vegetable market in Masafi up in the mountain pass between Dibba and Fujairah. The last thing I heard when I jumped out of the car was ” Don’t buy to much, remember we are leaving soon”

When we came out to the hotels atrium after a hearty breakfast our first morning in Fujairah, it was bustling with life, music and entertainment. The local women’s college ha put up a little cultural show at the hotel. They had a school project to show a little of their world and tradition to the tourists, ex-pats in the area. We are staying at The Hilton in Fujairah, a hotel that also serves as the ex patriots country club.

We got to attend a wedding that was being played out by children, the clothes you see the kids are wearing is typical clothing used at major events and for the wealthy. I was told that if the girls get to wear a the headgear like the girl in the picture above they were considered as pretty. Did they mean that the girl looked pretty with the headgear? Hope so, How devastating if people thought you were not pretty enough to deck yourself in finery.

The pretend bride and groom with some traditional crafts.

We got our hands henna tattooed, my hand is the one on the left.

Typical crafts for the area was displayed, masts, pillows, throws, jewelry and many other different things. Even tasted some local coffee, it was different and not bitter as the coffee I am used to, I liked it.

It was quite frustrating asking the ladies that was supposed to teach us something about their history and tradition and the answer was alway because it is tradition.

What I saw was that the little girls could show their hair and faces, young women only their faces and they have to a wear hijab. When they marry the have to cover up in a niqab like the lady in the picture below. Niqab is an extension of the hijab, one adds a veil as to hide her face. A burka if someone is wondering is an all covering garment, Idid not notice anyone wearing that here.

What I didn’t get on camera which I thought was fascinating, when the event was finished and everything was packed up and the girls covered them selves in their black robes and veils. you could see the wealth these women possessed. Their accessories was from exclusive and famous brands. My husband told me that the citizens of UAE were quite wealthy and of the the people living here very few are actually citizens.

We got to taste some local snacks and I got really curious and started pestering the poor lady about recipe and how to go about making the snacks. I would probably post something soon.

Then we headed poolside and we just chilled as the kiddies would say:D and we snacked on fresh fruits the hotel staff served and enjoyed refreshing beverages. The key word for us adults was frozen and lime:)

Have a nice Good friday. 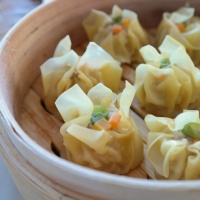