We had a late summer vacation this year, but we had a nice trip anyway. My husband loves to fish, so this year he decided that we were going to do the long vacation in Norway. We rented a disused old farmstead called Granbostad in Terråk, Nordland  from Plathes Eiendommer. Large old house with indoor plumbing and an outhouse, the latter I have to confess that someone in the family had a little problem with;) 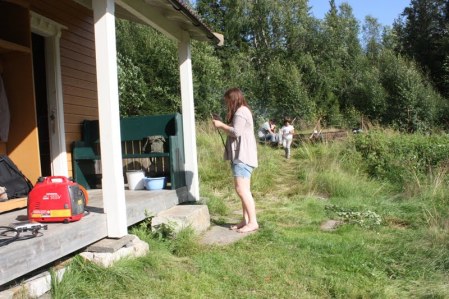 I have taken a lot of pictures from this trip, so I am posting more later. I am just showing some of the activities we did around the old farm-house.

We cooked a lot outside and since there where an abundance of berries close by I made pancakes often over open fire.

These berries were picked around the house 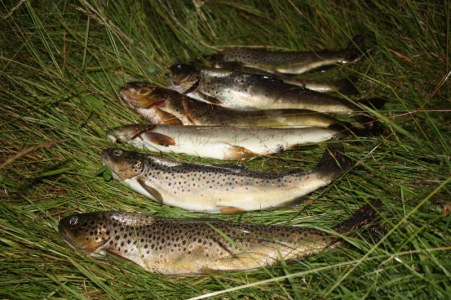 The fishermen even caught some fish, so we had som fish dinners.

The house was fitted with a conventional oven, but it also had this wood fired one too, I of course had to try it out.

It even came with a waffle iron, and yes, I had to try this one also. 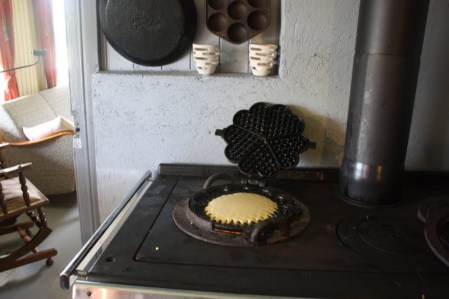 And the waffles was enjoyed with fresh strawberry jam and sour cream. 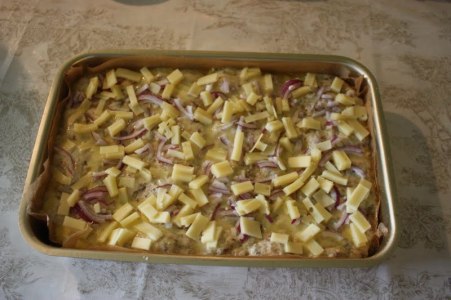 and pull a part bread.

This site uses Akismet to reduce spam. Learn how your comment data is processed.